I remember the first time I ever walked into a burrito bar restaurant, 21 years ago, like it was yesterday. The restaurant was the Zona Rosa on Telegraph Ave in Berkeley CA, and it was so delicious it would become the mainstay of my diet while I was in college. Growing up in Southern California I ate Mexican food ALL THE TIME, I loved it. But Zona was the first time I could get my burrito exactly as I wanted: meat, beans, cheeses, sour cream, guacamole, lettuce, ice de gallo, jalapeños and a fist full of cilantro. Burrito bars are commonplace now, and Asheville has several. My favorite by far is Neo Burrito, it’s the best of the bunch. 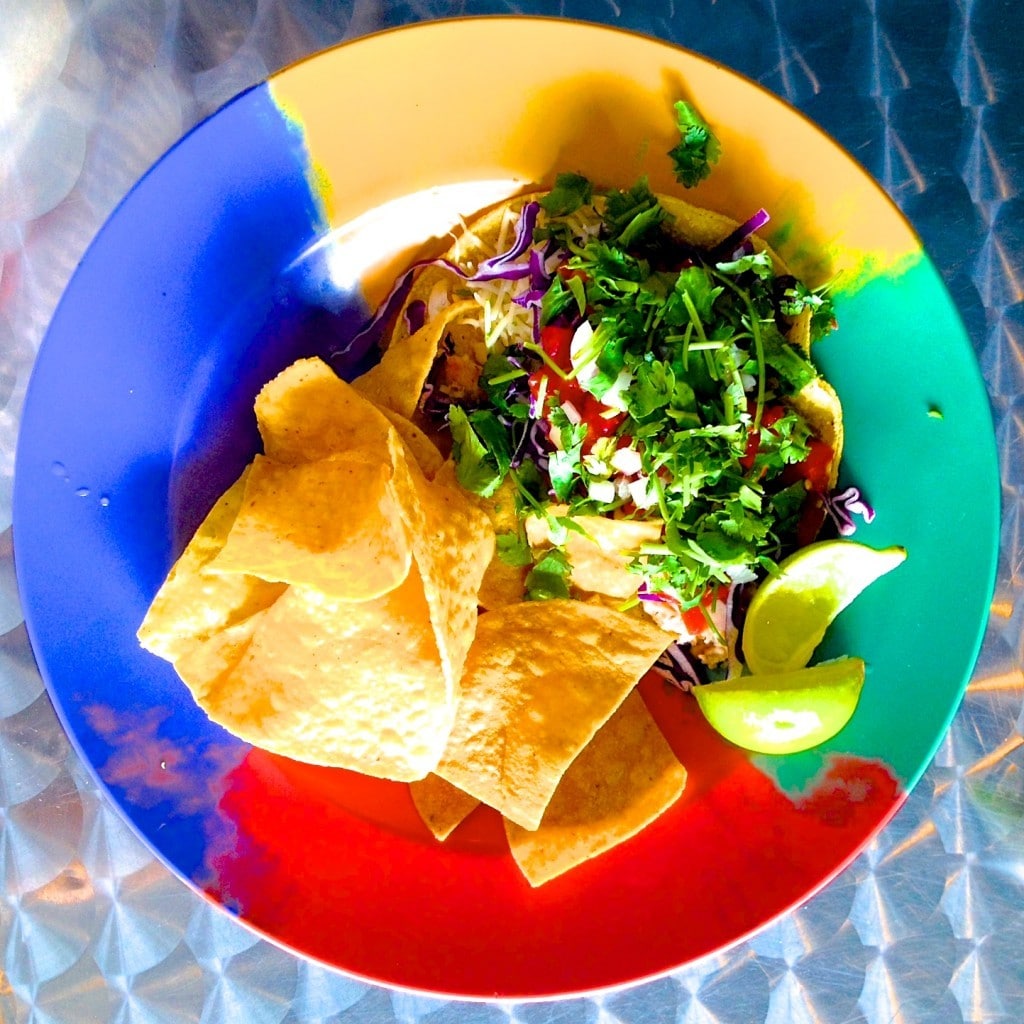 When you walk into Neo Burrito, you’ll see their menu painted on a giant black chalkboard, and just under it is a long counter full of nearly every fixing imaginable. Choose from tacos, burritos, quesadillas, or salads and then you start customizing your dish with all the different fixings. On this visit we ordered fish tacos with guacamole, red cabbage, cilantro, diced tomatoes, and sour cream on corn tortillas; and a steak burrito with pinto beans, white rice, guacamole, pico de gallo, sour cream, jalapeños and extra cilantro…just the way I like it.
There’s a nice salsa bar which includes four different types with varying degrees of heat. Limes and cilantro are also available. And here’s a TIP: salsas are free at the salsa bar, but you pay extra for some of them if adding them to your burrito while it’s being made. I don’t know why, and when asked, the woman making my burrito didn’t know why either. They’ve got a soda fountain, as well as a selection of craft beer in bottles. 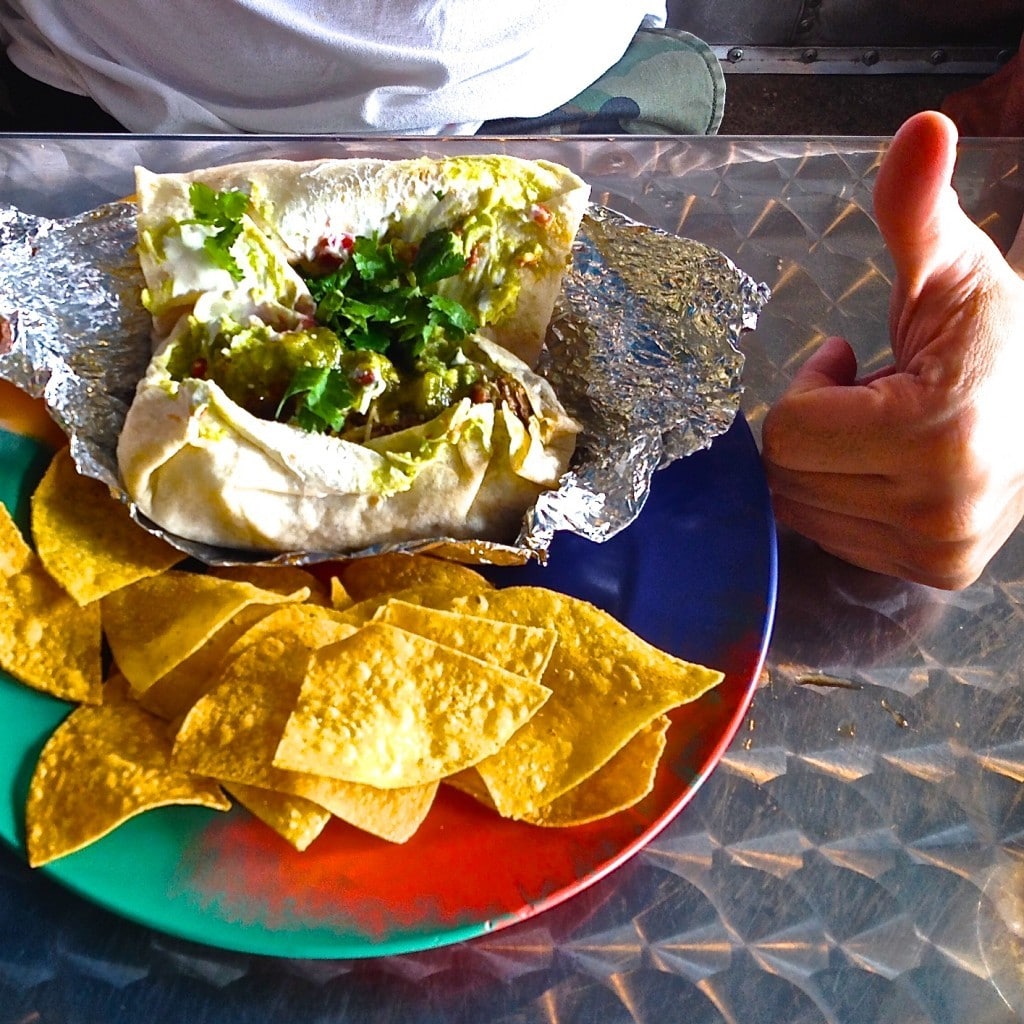 There are two Neo Burrito locations in Asheville- one in West Asheville and the other in Biltmore Park. Even though West Asheville’s location is closer for our guests at Asia Bed and Breakfast Spa, we recommend Biltmore Park: It’s cleaner and well-maintained. 2 Town Square Blvd Asheville, 28803
Hours: 7am-9pm Daily.

Our Rating: $ and consistently good